A native Lancastrian, Hosmer was a “Master Puppeteer” who entertained many generations here in town through the 1990s, with his puppet shows. In addition to puppets and marionettes, he collected and displayed dollhouses, as well as antique children’s books and paper dolls .

For the last two years, I have been volunteering my time to clean, paint, decorate and thus restore four of Mr. Hosmer’s dollhouses.  The pride of his collection, and now ours, is the Parsons-Chandler house, an exact model of an early family home in Boston.  We also have a Victorian sea captain’s house, a four-story brick house that includes a bakery and bookstore, and, a cottage currently occupied by an older couple who use it as their summer house.

Although we have been lucky to receive some great miniature furniture from a few people in town, I am hoping to find a few more interested individuals to help furnish the Parsons-Chandler house with some special pieces.  I am sure this portion of the exhibit will evoke memories and good times from the past as you peek through doors and windows and into the miniature world our four wonderful dollhouses! We really look forward to the opening of this exhibit.

The Marionettes of the Toy Cupboard Theater

“Welcome, Welcome, Welcome!” the clown would say with laughter as a roomful of children gazed toward the stage in awe and anticipation.  This was the Toy Cupboard Theater  — a magical place of puppet shows, birthday parties, and post-performance punch and cookies.  After transforming his family’s old (160 years old) carriage shed,   Herbert Hosmer began the Toy Cupboard Theater.

It is named after a wooden cabinet that once belonged to Herbert’s grandfather.  Herbert painted it a bright blue and added stylized renderings of his favorite fairy tales to the exterior.

He used this cupboard to house and display his collection of antique children’s books, toys and many puppets. Around 1941, Mr. Hosmer was ready to open his puppet theater to the public.  and performances continued for several decades.  One could attend the shows as scheduled or arrange a special performance event for birthdays and the like.

After Mr. Hosmer’s death in 1995, numerous items from his many collections were auctioned or otherwise sold off.   Paul L’Ecuyer, who had assisted Herbert in the running of the theater, and local historian John Schumacher-Hardy, worked hard to preserve and bring back a small part this much-loved collection of antique dollhouses, toys and puppets.   More recently, Mr. David Notaro of Clinton, MA has donated some very special items.

Sadly, Paul L’Euyer passed away in 2012.  However, in 2019 his partner Jeff Koslik (who operates the Drawbridge Puppet Theater in Lunenburg, MA) donated (to the Lancaster Historical Commission) a collection of marionettes that had once graced the stage at Lancaster’s Toy Cupboard Theater. There are an estimated sixty marionettes in this collection. Martha Moore, a Lancaster Historical Society member and volunteer, has recently taken on the task of cleaning, organizing, and cataloging this wonderful collection.  Ms. Moore has reached out to the Ballard Institute and Museum of Puppetry  (associated with the University of Connecticut in Storrs, CT)for guidance and advice on how to untangle the control strings and how to best store the figures when they are not on display.

One of the most challenging tasks ahead is to determine which performance/play each marionette was from so we may be reaching out to the public for help with identification.   There are still many long-time Lancastrians who remember attending Herbert’s shows when they were children.  We’ll keep you updated as this project progresses. 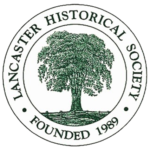